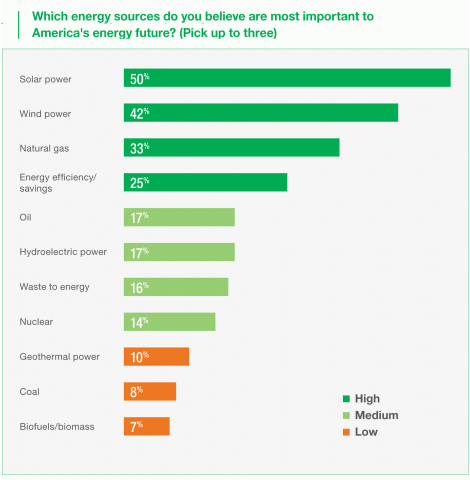 1400 U.S. homeowners participated in the survey conducted by Zogby Analytics. Respondents were randomly selected to answer questions about renewables, energy efficiency, clean transportation, green investing, conventional energy sources, electric utilities, and other related topics. All interviews were completed in late January 2014. Based on a confidence interval of 95%, the margin of error for the survey is +/- 2.7 percentage points.